Gelatin Capsules Everything You Need to Know

Gelatin capsules are one of the most used forms of oral dosage in the pharmaceutical and nutraceutical industry. CapsCanada wants you to know all the information related to this important form of drug delivery and answer all the questions you might have.

What are Gelatin Capsules?

Gelatin capsules are a way of drug delivery made of materials derived from pork or bovine. Depending on the product, they can be filled with powders, liquid, or pastes:

These capsules act as a coating shell that protects the formulation from external components, allowing the release of the API according to the product needs. 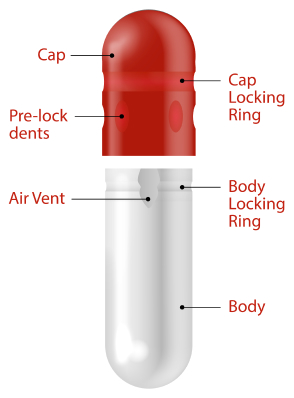 In the 19th century, raw collagen-sourced gelatin evolved from a simple glue to a transformed process for other applications. Industrialized gelatin for glue was produced for the first time in Lyon, central eastern France, in 1818.


The first patented use of gelatin for capsule making took place in France, in 1834. The chemist François Mothes created a gelatin outer shell to mask the commonly bitter tastes and odors in medicines. This shell also offered some instant protection against product degradation.

This revolutionary product evolved rapidly. In 1847, Londoner James Murdock developed a hard-divided gelatin capsule. But it was not until the first decade of the 1900s that gelatin capsules were mass-produced.

Eli Lilly, a US drug marketer, was the creator of the first automated production line for hard gelatin capsules, in 1913.

What Are the Benefits of Using Gelatin Capsules?

Their composition, adaptability to different formulations, diverse applications, customization opportunities, and the trends that are yet to come makes gelatin capsules the best option for your product development, consider these features:

Being a flexible option which works for a wide range of formulations and applications.

The addition of custom flavors, which can mask the unpleasant smell and taste of the encapsulated drug.

Being Generally Recognized as Safe (GRAS) for human consumption by most of the world's regulatory authorities.

Have remarkable cost efficiency. The production cost of gelatin capsules is at least 30% lower than other alternatives.

Do not contain GMOs. They are completely natural and allergen-free.

Protein made from animal products, used historically by the pharmaceutical industry, food preparations, and cosmetic industry.

Amino acids are absorbed by the human body to form building blocks of proteins, so they're vital for several processes within the human body, such as synthesizing hormones and neurotransmitters.

When Choosing a Gelatin source or provider You Should Consider…

The process of making gelatin capsules.